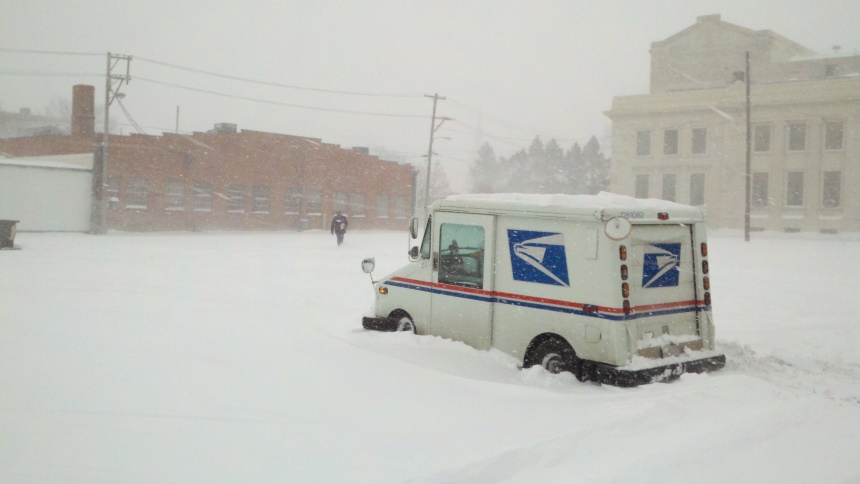 By Stan Holt
Saying you love the U.S. Postal Service today is a little like saying you love taxis in the age of Uber and self-driving cars. Or coal in the age of solar. Who would mourn snail mail?  Can’t you get everything worth getting digitally now? Would you — or the earth’s forests — miss the junk mail?

But for me the USPS is the perfect — if increasingly obsolete — example of government done right.

Before the internet stitched together every corner of the world, the postal service allowed you to connect with anyone else in the country for the price of a stamp. So important was the mail that the founding fathers created the office of Postmaster General way back in 1775 — before creating the Presidency or writing the Declaration of Independence.

As quickly as settlers could settle, the postal service hooked them up to the rest of the country with a post office and carrier route, no matter how remote, rough or risky the terrain. By now, the service delivers more than 150 billion pieces of mail across 230,000 routes to 150 million addresses — almost half of all the mail delivered on Earth.

As one of the world’s largest employers — and by definition a huge local employer — the post office had been second only to the military as an opportunity engine. By now, nearly 40% of postal workers are minorities, 47% of women, 22% are veterans and 7% are disabled — percentages that match or exceed those of the general workforce.

As one of the world’s largest operations, the postal service has also helped advance some of the world’s great technologies, including airplane engines, automation and optical scanning of your terrible handwriting. And alternative energy? The postal service was experimenting with electric cars back in 1899 (72 years before Elon Musk was born) and operates the largest civilian fleet of alternative-fuel vehicles anywhere.

Despite its scale — or maybe because of it? —  the mail service has always seemed laughably affordable. Are you kidding me? In 1974, I could have paid 10 cents, and then the post office would schlep my letter from the corner postbox to a sorting center to an airport to another city to another sorting center to my grandmother’s mailbox? Of course, postage rates have gone way up since — to 49 cents — but, when you adjust for inflation, they’re actually as cheap as they were back during the Civil War.

Speaking of which, the postal service is one of the heroes of wartime, requiring just a few days to deliver millions of letters from Anywhere, U.S.A, to wherever troops were fighting Over There.

A great use of taxpayer dollars, right? Well, the USPS didn’t need your taxes. In fact, it often broke a profit — at least until recent years, when it’s been hammered by:

Like many great institutions, the mail service now finds itself flirting with obsolescence.  Financial losses aside, it’s dogged by more negative associations than positive. “Going postal” isn’t anybody’s idea of a chipper slogan. Nobody likes junk mail, and everyone has stories of atrocious lines or hostile clerks at actual post offices. It sometimes feels like one of those entities whose primary purpose has gone from serving the public to serving its employees and retirees.

Whatever. I’ll still salute the carriers who’ve braved badlands, bad neighborhoods, and bad dogs to get to my mailbox. The nerds who figured out how to parse millions of letters a day. And the postmaster generals who networked this country together route by route, mailbox by mailbox, no matter how fast it grew.