Just How Useless is the Government?

The British comedy troupe Monty Python famously skewered many subjects in their satirical movie The Life of Brian. One such subject was the attitude that government is useless.

For far too long in America, the government has been depicted as an ineffectual organization. One where your taxes are wasted and our elected officials are uniformly corrupt and incompetent. The very concept of government has been under sustained assault in America for four decades now, ever since Ronald Reagan first swept to power in 1981. Reagan famously declared in his inaugural address that, “government is not the solution to our problem; government is the problem.” 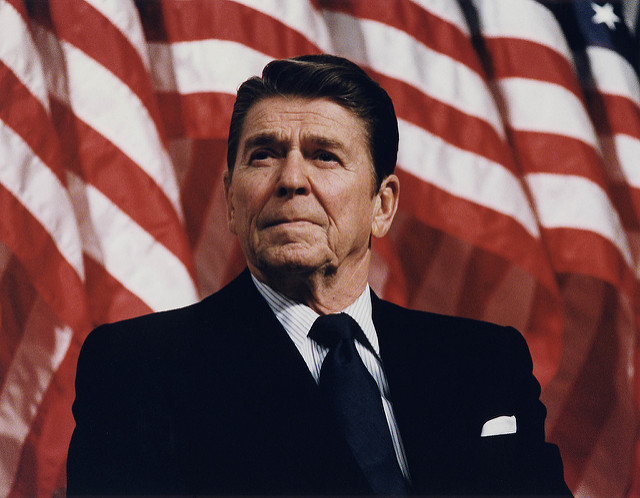 The unshakeable, correlated belief – that corporations run for private profit are inherently superior to citizens democratically elected to promote the public good has become widespread dogma in America.

The evidence of the last four decades does not support either of these positions.

We will demonstrate why and how the idea that governing least is best is fundamentally wrong. Right in the preamble of the Constitution it states that the U.S. government’s mission is to “promote the general welfare.” We will argue that the United States government has been highly effective in this mission.

Viewing government as “the problem” is a poisonous, undemocratic mindset that undermines the very bedrock of self government. Though we all rely on Social Security, Medicare, public K-12 education, and many other federal, state, and local government programs and regulations to help us and our families thrive, vast swathes of American people now sincerely believe that less rules and regulations, less government departments and headcount, and the lowest, lowest taxes are the fundamental keys to advancing greater freedom and prosperity for all Americans, regardless of their station.

This is the premise of “trickle down economics,” a theory that first gained prominence under Reagan, which argues that if you flood money directly to rich people through the tax code, and allow them to externalize as much of their business costs as possible, the benefits of their prosperity will “trickle down” to the rest of the population. The idea is that if the wealthy have more money, they will invest it and spend it, creating more jobs and prosperity for everyone.

But four decades of data prove that the wealthy don’t invest or spend their extra cash – they save and hoard it. This is why tax cuts always, overwhelmingly, benefit the richest 5-10% of the population the most. We’ve cut taxes massively over the last four decades, and what have we got from it? Anemic growth, stagnant wages that haven’t even kept place with inflation, and grotesquely increased wealth inequality. The rich have gotten richer, and the poor have gotten both poorer and more numerous.

It turns out that if you want to make the poor and middle class wealthier, giving money (or services) to them instead of the wealthy is the best way to do that. This is because tax money given to the wealthy is money not spent funding the public services and infrastructure which benefit all of society, and which disproportionately benefit the poor and middle class. Things like roads, schools, teachers, firefighters, police officers, hospitals, doctors, nurses, buses, trains, roads, bridges, parks, the legal system, the military, and the basic scientific research that drives America’s technological edge over the rest of the world. The rich have made out like bandits as taxes have decreased, while the middle class and poor have gone nowhere.

America was its richest, fastest growing, and the middle class the largest and most robust between 1950 and 1980, when unions were their strongest and taxes and regulations were the most ‘onerous’ they’ve ever been in American history. The top tax bracket in the Eisenhower Administration was 91%. The current top tax rate is less than half that at 37%, applies to a lower percentage of the population, and Republicans want to slash it further. The prosperity of the 1950s and 1960s was fostered by rules and regulations that protected citizens and ensured a level playing field for everyone, not just the biggest, richest, or well-connected. This is because the freedom “from” things like getting screwed over by your boss or an unscrupulous business partner, or from hunger, disease, ignorance, or violence is just as important to thriving as freedom “to.”

(Ironically, Reagan’s anti-government rhetoric was arguably just that: a rhetorical pose. The federal debt ballooned from $908 billion to $2.6 trillion under his administration, and the number of federal employees increased by 300,000.)

We will reveal why the myth of small government effectiveness is the bedrock reason for the widening inequality, reduced productivity, and reversal in life expectancy America has suffered in the last four decades.

American government is not comprised of some “enemy” or alien “other” imposing diktats down upon us. In a self-governing democracy—government is *us.* And government is more like business than many people like to think. Both are groups of people attempting to accomplish a task and meet a goal. “Government is simply the name of things we choose to do together,” argued retired Congressman Barney Frank.

In the history of the United States, we have chosen to do many great things together. Government and presidents such as Abraham Lincoln, Theodore Roosevelt, Franklin Delano Roosevelt, Dwight D. Eisenhower, and John F. Kennedy played leading roles. Notable examples of what we have achieved together include:

The Saturn V rocket that took the Apollo astronauts to the moon.

Despite these achievements, many Americans have taken the disparagement of government seriously. They have systematically blocked government spending and regulations that could have helped grow both the economy and the wealth of the middle class.

That’s the problem with putting politicians in office who don’t believe government can solve problems. They stop government from solving problems. Those who disparage the very idea of government undermine its effectiveness; their very existence in government is an act of self sabotage.

Many anti government people decry all non-military government spending, but they elide the fundamental difference between a cost and an investment. A cost is simply an expenditure, like buying a pizza. An investment is an expenditure that generates an economic return—like the massive returns from our investments in basic scientific research. Many conservatives treat all Government spending as if it’s a cost. And some of it—such as defense spending, interest on the federal debt, and agricultural subsidies—are costs.  But this position completely fails to differentiate these costs from investments in people and infrastructure that makes the economic pie bigger for all of us.

The railroads, highways, and airports we built with tax dollars helped construct an infrastructure foundation that made the United States economy the greatest in the world. Government investment in science and technology laid the groundwork for nuclear power, created Silicon Valley and the Internet, and enabled the mapping of the human genome. Government regulations have exponentially reduced the amount of people killed in air crashes and on the roads—despite more people flying and driving than ever before.

With “What Has The Government Ever Done for Us,” we want to change perspectives on what government is, how it works, and what it can do for us.

In the months to come, we will feature blog posts and video interviews with a wide variety of notable figures about their favorite government programs both here and around the world, the ways they and the entire country have benefited from public funds, and why it is essential that none of us forfeit our right—and our duty—to vote.

tagged with Reagan, Taxes, US government, US politics