Social Security: The Government Program That Made Retirement Possible for All of Us 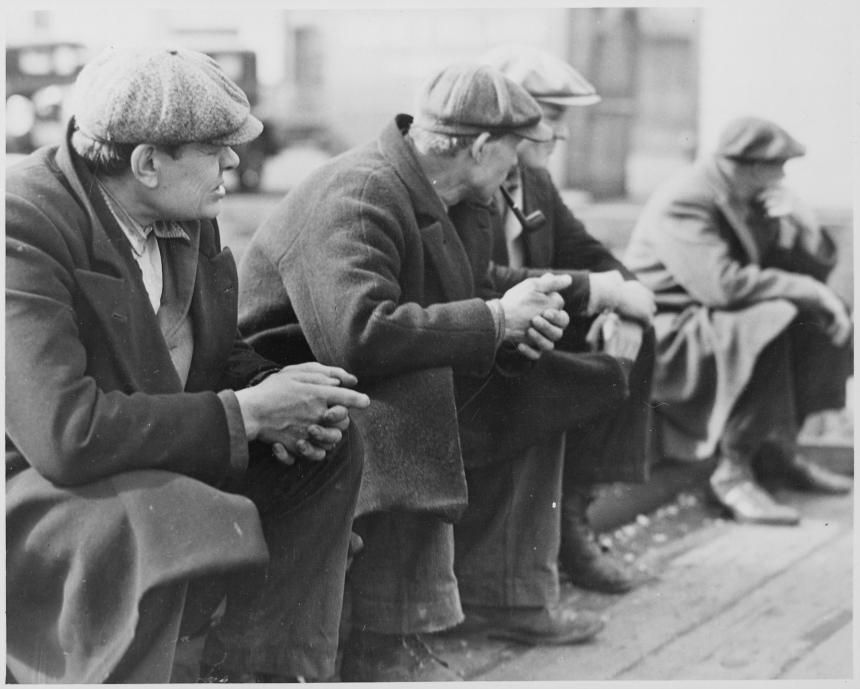 Social Security accomplishes at least one of these goals: promoting the general welfare. Arguably, it also helps form a more perfect union and ensures domestic tranquility. Social Security is also a shining example of a federal government program that helps Americans, accomplishes this at an immense scale, and does so with remarkable efficiency.

Social Security (which is officially known as Old-Age, Survivors and Disability Insurance) was established in 1935 when President Franklin Delano Roosevelt signed the Social Security Act. Roosevelt signed this act in the depths of the Great Depression when many senior citizens stood in bread lines. In those days, poverty rates in the United States among senior citizens, many of whom could no longer work and had no access to pensions, exceeded 50 percent, according to Politifact. Now, poverty rates among senior citizens are around 10 percent, thanks in large part to the federal government’s Social Security program, according to the National Bureau of Economic Research.

The Social Security program is funded by a payroll tax, also known as the Federal Insurance Contributions Act tax, or FICA. It is also funded by Self Employed Contribution Act Tax (SECA). In 2017, the maximum amount of an individual’s earnings that is taxable in a calendar year is $127,200. Almost 40 million retired Americans receive Social Security benefits. The average Social Security retirement benefit is slightly more than $1,300 per month, and cost-of-living increases, which come in very handy during inflationary periods, means that people receiving Social Security get benefits that retain their purchasing power.

Social Security remains an immensely popular federal program. Eighty-two percent of Americans say they believe it’s crucial that the program be available to future generations, even if it means paying a higher tax rate, according to a study by the National Academy of Social Insurance.

Over the years, to ensure the continued fiscal strength of the program, the Social Security Administration has been expanded and modified a number of times under both Democratic and Republican presidents. In 1939, for example, Social Security was expanded to include spouse and minor children benefits under President Roosevelt. About 45 years later, President Ronald Reagan, a Republican, signed the Social Security Amendments of 1983, which strengthened the program, which had appeared headed to a shortfall, in part due to changing national demographics. A bi-partisan effort, the bill included tax increases and slight reduction of benefits for early retirement. When he signed the bill, Reagan said, “Our elderly need no longer fear that the checks they depend on will be stopped or reduced. These amendments protect them. Americans of middle age need no longer worry whether their career-long investment will pay off. These amendments guarantee it. And younger people can feel confident that Social Security will still be around when they need it to cushion their retirement.”

Current projections estimate that Social Security will remain completely solvent until 2034, but after that point, the reserves for the program will be depleted. But even when the reserves will be exhausted, incoming FICA and SECA taxes will enable 76 percent of schedule benefits to be paid. Democrats and Republicans will have to reach across the aisle to ensure that the federal government solves this problem and figures out how to find the money to meet the 24 percent of unmet benefits. Their constituents want a solution.

There are many suggested ways to cover this shortfall. Among the suggestions: reducing benefits; gradually raising payroll taxes; eliminating the earnings cap (so that all workers paid FICA tax on every dollar they earn); increasing the retirement age. A genuine solution would likely require a combination of these suggestions. (It will also require more courage and forward thinking than currently appears to be available on Capitol Hill).

Some have suggested privatizing Social Security (that is, enabling Americans to invest the funds they currently pay into FICA) or allowing the Social Security trust fund reserves to be invested in more risky assets than U.S. government bonds. The issue with these approaches, as a moment’s thought will demonstrate, is that a financial collapse such as 2008 would have wiped out the Social Security investments of millions of Americans if that money had been invested in the stock market. In a financial disaster like that, it is likely that the federal government, funded by taxpayers, would have bailed out retirees who lost everything — which would mean that taxpayers would have paid twice for those retirement benefits.

In any case, the overwhelming majority of Americans want Social Security to continue. The NASI study referenced above found that 89 percent of Americans say that Social Security benefits are more important than ever, and 84 percent say we should consider increasing the benefits in the future. That’s not bad for government work.